I’m working on a more comprehensive post looking back at some of my experiences in 2012, but in the mean time, I wanted to go ahead and share a few of my “best” images of 2012.

I will forever have a hard time naming my “best” or favorite photos – I’m too analytical to make those kinds of decisions without a ton of thought and constant revision, but it’s easy to pick out some of my favorite memories from the year. These photos all mean something to me, and in most cases, seeing them takes me back to the moment that I shot them and brings back all kinds of memories – who I was with, what I was thinking or conversing about, the feeling and energy of the location and its weather, etc. I first got into photography to help document my travels and experiences, but I never expected that I would be able to look back at a photo months or years later and all the peripheral data of that experience would come flooding back. I have a terrible short-term memory, so this is a true blessing.

I obviously won’t be leaving 2012 behind anytime soon. Maybe I’ll have to redo the 2012 list in another year once I’m done with all this processing.

Now, on to the photos (in no particular order)….

A panoramic self portrait taken at the top of a hill near Patriarch Grove in the White Mountains of California. Approx. 11,400 feet elevation. This was taken just after sunrise on a crisp, cold morning in May 2012. I am not a morning person, but this experience was well worth waking up at 4:30AM.

The sun rises as the moon sets over downtown Los Angeles. A 21-image HDR panoramic captured in February 2012. Another experience worth waking up for. 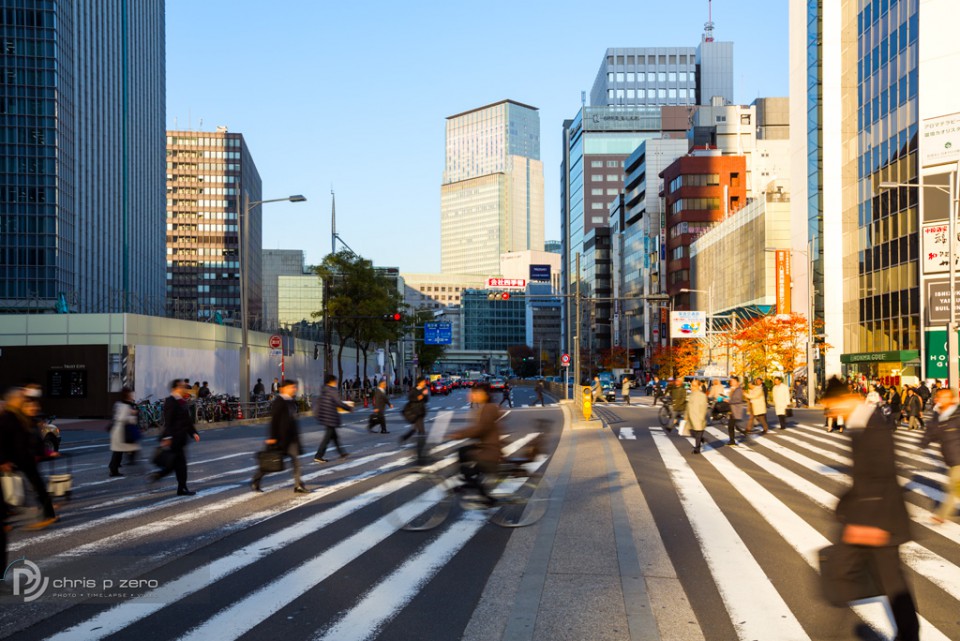 Aah, Tokyo. My favorite city. I was so happy to return here in 2012, and look forward to more return visits in 2013. This is a crosswalk in Nihonbashi, one of Tokyo’s business centers, shortly before sunset. December 2012. 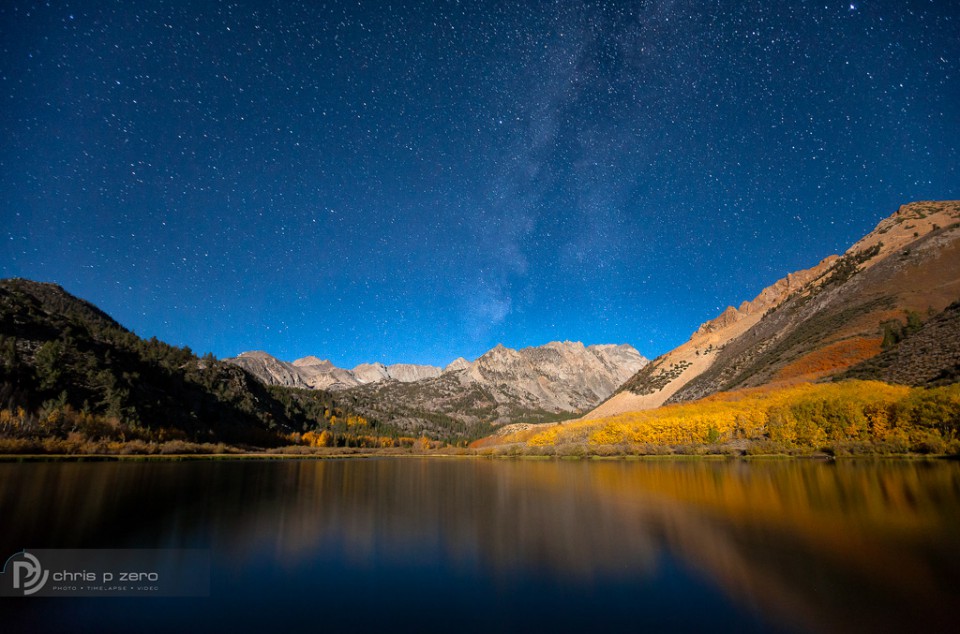 The moonlit night sky over North Lake. The fall colors were at full peak when this was shot. Bishop Creek Canyon, Eastern Sierra, California. October 2012.

In October 2012, we were asked to help document the historic 12 mile move of the Space Shuttle Endeavour through the streets of Los Angeles. The end result was: Mission 26: The Big Endeavour. A photo doesn’t do this justice – take a look at this 30 second clip, which did not make the final edit and has never been seen. Being front and center for this amazing logistical feat was an incredible experience. Also check out my Behind the Scenes post for more.

The Historic Core of downtown Los Angeles and beyond. In 2012, I spent a lot of time exploring the city I’ve called home for over 2 years. I shot nearly 4 terabytes of material of LA in 2012, most of it for an upcoming project that is less than halfway done, and loved exploring new spots and getting to know the city better. I’m excited to continue exploring LA in 2013. 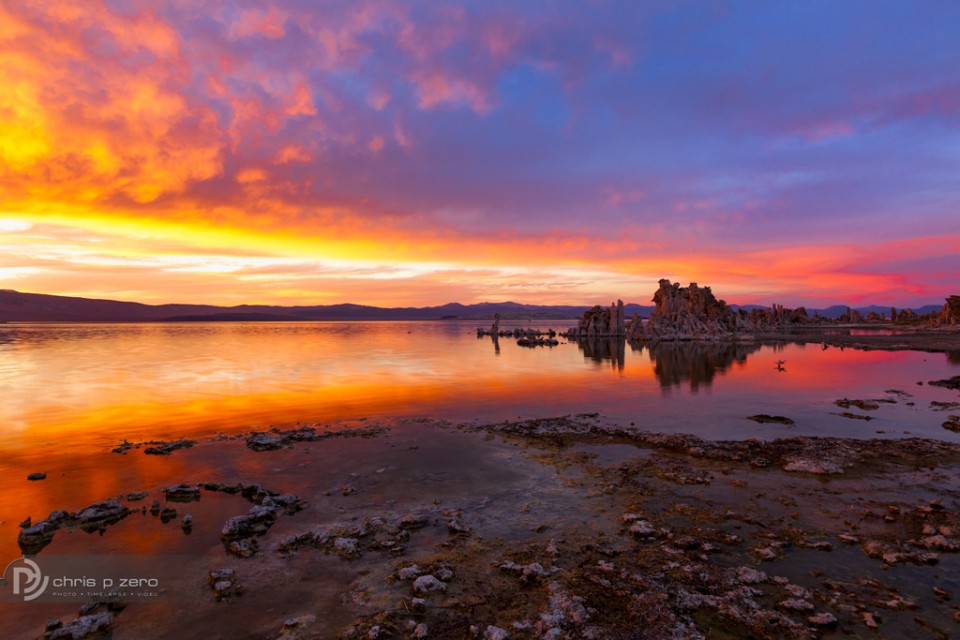 A fiery sunset over Mono Lake. The Eastern Sierra is one of my favorite spots in California, and I was lucky enough to make five trips up there in 2012. Hoping for even more in 2013!

Giant Sequoias in Upper Mariposa Grove, Yosemite National Park. I participated in a project called One Day in Yosemite in June 2012 (which is soon to be released!) This was taken at the end of the day, after the last tram had come and gone and nobody was left in the upper grove except my partner David and I. After a 10 hour marathon of filming, it was so relaxing and peaceful to sit amongst the giants in the quiet, empty grove. Truly a memorable experience. 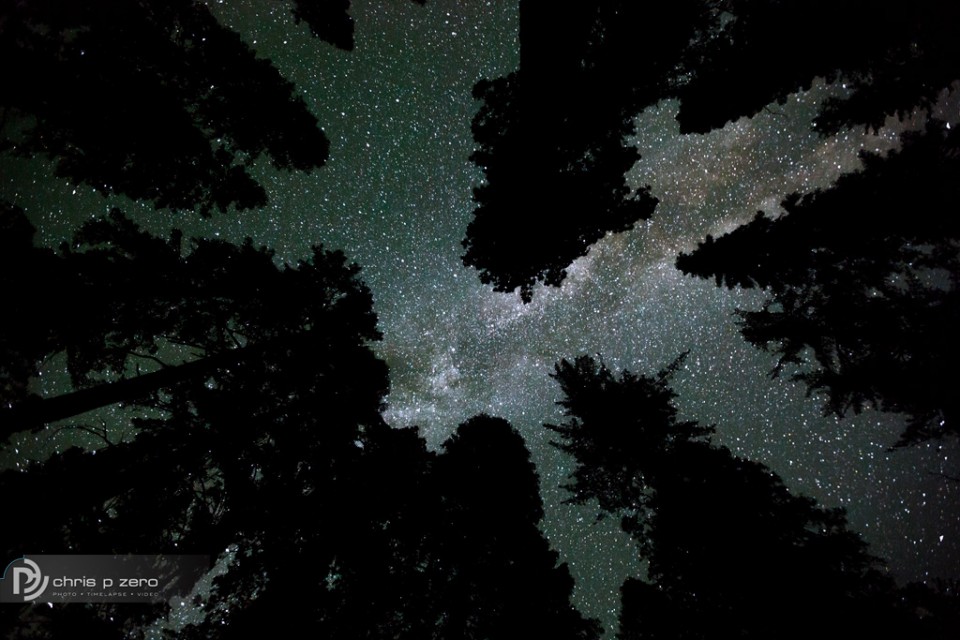 A sight few people get to see – looking up through the Big Trees at Upper Mariposa Grove around 3:00AM.

Whitianga Harbour, Coromandel Peninsula, New Zealand. April 2012. On the first day of our third trip to New Zealand, we drove from Auckland to the remote Coromandel Peninsula. Still tired from 20+ hours of flying, we spent the first day leisurely exploring Whitianga and stumbled upon this spot looking into the harbour shortly before sunset. We sat and enjoyed the sunset while the camera rolled. A great start to an all too short trip.

More photos, stories, and footage coming in my more in-depth look back at 2012 post, which I’ll hopefully have completed soon. Until then, I wish you all a happy, prosperous, and healthy 2013.