Transformers 3 Film Set – Behind the Scenes

For most of summer 2010, Transformers 3 took over sections of downtown Chicago – closing streets, setting off explosions, and having fake gun battles with semi-automatic weapons. For a few weeks, the set was right outside my apartment, and I captured some footage of the events from my balcony. Despite feeling like we were living in a war zone all summer with frequent, unexpected booms and gunfire, it was interesting to watch such a large-scale, high-budget production take place right outside. 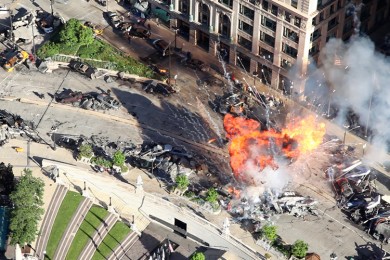 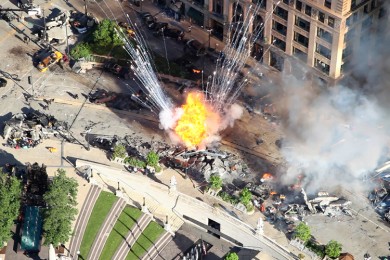 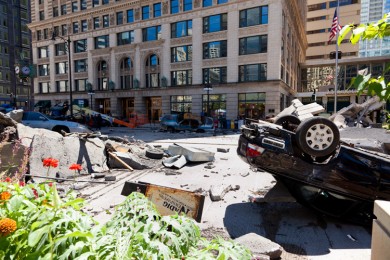 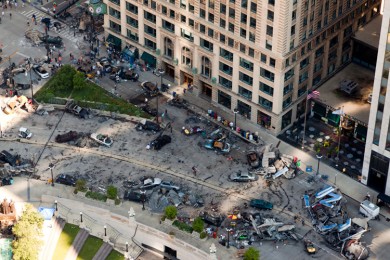 I’ve re-edited some of this footage into a new video to coincide with the release of the movie. This was shot between July 23-25, 2010 and includes the largest explosion scene during this shoot and timelapses of the setup and teardown of the set.